BendBroadband TV customers, clear your calendar. From Thursday, June 17 to Monday, June 21, you will have free access to the HBO and Cinemax channels. So, grab your popcorn, dim the lights, and enjoy a weekend of free dramas, documentaries, thrillers, comedies, and more.

During this free preview weekend, be sure to look for these new HBO shows and films. For a full schedule, visit HBO’s website.

“The Nevers”
Set in the late 19th century in Victorian England, this science-fiction drama follows a group of women who wake up one day with extraordinary abilities. Known as the “Touched,” these women have been ostracized by society and must fight to stay alive. In each episode, they unravel the secrets of how they came to acquire their unusual talents, taking viewers on a rollercoaster of epic fight scenes, emotional connections, and unexpected twists. 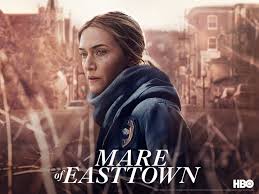 “Mare of Easttown”
Mare Sheehan, played by Kate Winslet, is a detective in Pennsylvania. When a body is found in the creek of her small town, she is tasked with finding the killer among the people with whom she has grown up. While uncovering the dark secrets of those closest to her, Mare battles to keep her own life from crumbling.

“Pause with Sam Jay”
Emmy-nominated comedian Sam Jay now has her own talk show, and it’s filmed from her own apartment. Wanting to deviate from traditional talk shows, Sam Jay invites guests into her space, pours a few drinks, and delves into honest, genuine conversations. The 30-minute episodes discuss a variety of current topics such as race, religion, celebrity news, sexual identity, politics, and more.

“In Treatment”
“In Treatment” returns ten years after its season three finale – this time, with a new face. Uzo Aduba, known for her role in “Orange is the New Black,” plays Dr. Brooke Taylor, a therapist in Los Angeles. While dealing with her own problems, Brooke helps her patients navigate a variety of modern struggles, many of which viewers will find relatable. 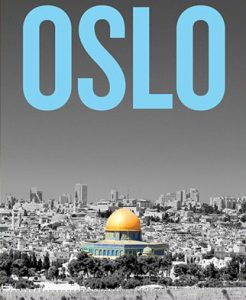 “Oslo”
“Oslo” is an HBO-original film that will be airing a couple times during the free preview weekend. It is based on the true story of the negotiations that took place between Israel and the Palestinian Liberation Organization in the formation of the 1993 Oslo Accords. This film, starring Ruth Wilson and Andrew Scott, follows the heroic actions of and secret conversations between relentless enemies leading up to this important moment in history.

In addition, you don’t want to miss the following fan-favorite movies, among many others, during the free preview weekend.

Like HBO, Cinemax offers well-known Hollywood hits and its own epic original series. Here are eight movies you can watch during the exclusive preview.

“Vice”
Julian Michaels (Bruce Willis) built a resort where his guests can live out their most violent fantasies, committing the criminal acts against androids that look identical to humans. Making large sums of money, all is well for Julian – that is, until one android suddenly becomes self-aware and escapes from the resort.

“Kitchen”
When three members of the Irish mafia in New York City are arrested, their wives step up to the plate. Kathy, Ruby, and Claire must prove they can run the family business and take out anyone who tries to stop them.

“Hours”
When Hurricane Katrina knocks out the power in the hospital, a new dad must find a way to keep himself and his premature newborn daughter alive.

“Can You Keep a Secret?”
Thinking her plane is going to crash, a young woman reveals all her secrets to the man sitting next to her. Later, she finds out he is the new CEO at her company, and now he knows everything she wishes he didn’t.

“Snow White and the Huntsman”
Seeking immortality, Queen Ravenna must take the heart of her stepdaughter, Snow White (Kristen Stewart). Ravenna tasks a huntsman named Eric (Chris Hemsworth) with tracking Snow White down and killing her. Instead, he becomes her protector. 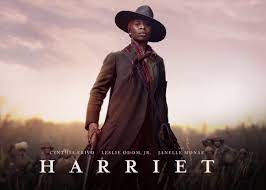 “Harriet”
This drama is based on the incredible true story of abolitionist Harriet Tubman as she escapes slavery and helps free hundreds of others through the Underground Railroad.

“Mama”
In this horror film, two young girls disappear on the same day their parents die. The girls are found five years later, and their uncle and his girlfriend volunteer to care for them. However, the couple soon realizes the girls may not be alone.

“Just Mercy”
In this drama set in the 1980s, Michael B. Jordan plays an Alabama lawyer, Bryan Stevenson. One of his first clients is sentenced to death for the murder of a young woman. Years later, Bryan receives another chance to prove this man’s innocence before his life is taken.

Check out Cinemax’s website for a full schedule of the films you can add to your movie marathon.

After enjoying a preview of HBO and Cinemax, consider expanding your BendBroadband television package to include these channels year-round. Call 1-541-668-6218 or go online to add both channels to your programming package. Then you can have movie marathons as often as you want!